How a cedar sauna differs from a bathhouse 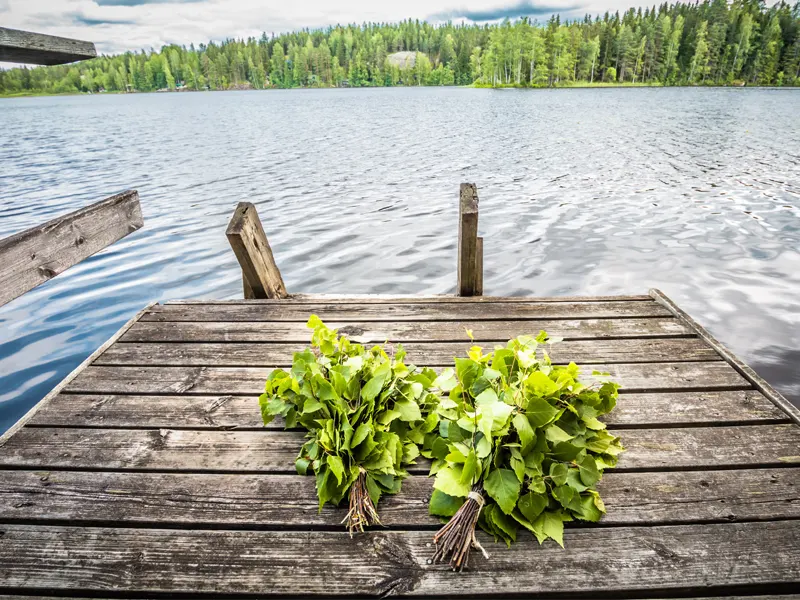 There are not as many differences as one might think. Russian bathhouses and Finnish saunas were traditionally used for recreation and replaced bathrooms in places where it was impossible to install them. In tsarist Russia and later, public baths were much less luxurious than Sandunov's, but they allowed the inhabitants to keep themselves relatively clean. And in Finland, until the 1940s, many children were born in the sauna - it was often the most hygienic place on the grounds and allowed to carry out the "shameful" procedure away from the eyes of men, as was then thought necessary.

Nowadays, cedar saunas and baths may consist of only two rooms: a locker room and the steam room itself - but there must be a separate room for washing, if not a different room, at least a shower nearby. The main thing in the bath and the sauna is the process of heating, which is achieved in a slightly different way. In the Finnish sauna, though, the temperature is high (about 80 degrees, but can reach 160 degrees), but allows you to be in the steam room for a relatively long time and generally provides a relaxing pastime. On the other hand, the bathhouse is usually hotter (under 100 degrees and above), and the humidity is higher, so sit in it only until the moment when the situation begins to cause discomfort (even if it happens after a few minutes). By the way, funny felt caps in the bath can avoid heatstroke, so they should not be neglected.

Temperature mode and humidity are the main differences between cedar saunas in different cultures, so it is wise to focus on their name and the combination of these characteristics. If you are not disgusted with high humidity, you can try a hammam: the heat is relative, 30-50 degrees, but the humidity reaches 100%. It is drier and hotter in conventional Finnish sauna (the preferences of neighbors Scandinavians are not very different from the Finns themselves about the ideal sauna), and quite hot and, sorry, humid - in Russian baths. Infrared saunas stand out: they do not heat the air but the body deeply, so it's an ideal find for those who can not tolerate high temperatures. The ability of infrared saunas to normalize blood pressure, lower cholesterol and relieve chronic fatigue syndrome is talked about, but there is no clear evidence of it yet. 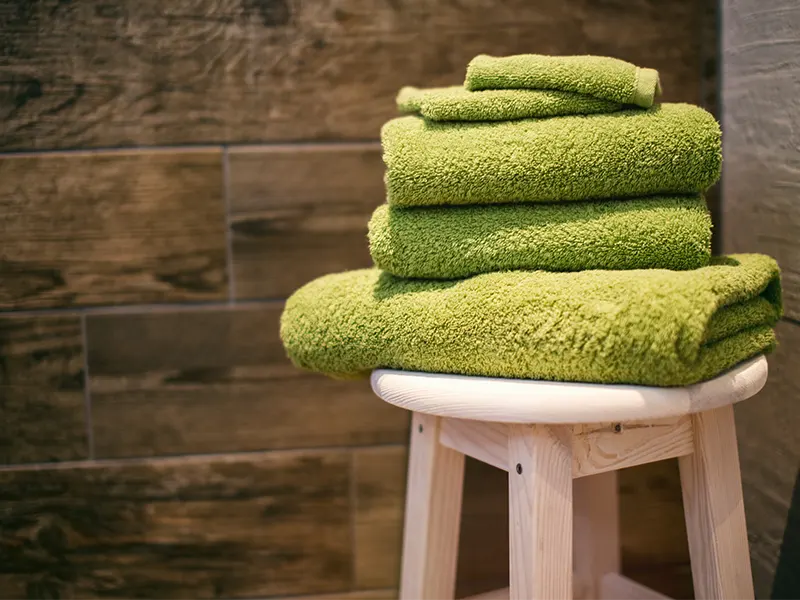 The list of contraindications in the bath and sauna is extensive, ranging from asthma and cardiovascular disease to epilepsy and cancer. You should skip the steam bath if you do not feel well: no one in their right mind comes up with the idea to play sports while you feel unwell, and the bath is a physical activity compared to the workout. In addition, you should not take a steam bath with a full stomach (after eating, you should wait an hour and a half) and even slightly tipsy: even without alcohol, the heart has to strain harder than usual. And since after intense sweating, the urine formation decreases, alcohol is poorly excreted and guarantees a heavy hangover. You should drink while you are in the steam room, but let it be water or tea. By the way, you should not hope for the burning effect of the bath: after the bath, the weight really decreases, but only because of the water that came out with the sweat.

No special preparations before the bath or sauna are needed: after a warm shower (make sure you wash off all makeup), you can go straight to the steam room. If the furnace is not electric, you should not pour water on the stones all the time: it is in portions of 200-300 milliliters to achieve the very light steam, which is nice to be in. The heavy steam in the high temperature is worse to bear - that is why the temperature in the hammam with 100% humidity is a maximum of 50 degrees.

Usually, the bath or sauna for an evening visit several times: when it gets boiling, refresh under a shower or out into the air (desperate - in a snowdrift), and return to the steam room. The duration and number of passages are individual, but the general formula is: 10 minutes you soar, 10 - rest, then repeat everything. Rest after the steam room is essential, so you give the body calmly cope with the load, and rest should be passive - it is better to sit or lie down. In the first run, especially for beginners, please do not climb on the top shelves, where it is hottest: you must gradually get used to the high temperature (which is why it is recommended to take a hot shower before the sauna). It is also worth choosing places away from the stove: although everyone understands the danger of burns, their number has not decreased over the years.

It is better to skip brooms for the first time and the rest - to take them only from the second or third run. If the air in the steam room is dry, it is recommended to bring a basin with water to dip the brooms - otherwise, they will quickly dry out. Swings begin at the feet and rise gradually to the back, with all the power from the beginning does not to whip: the intensity of strokes should increase progressively. It is better if in the steam room at this time two people: one lies down, and the second works with a broom - and it is safer, an experienced partner will help recognize signs of malaise. After the last run, it is worth resting for at least half an hour, then taking a shower, and getting dressed only when the sweating ends.

Popular posts from this blog 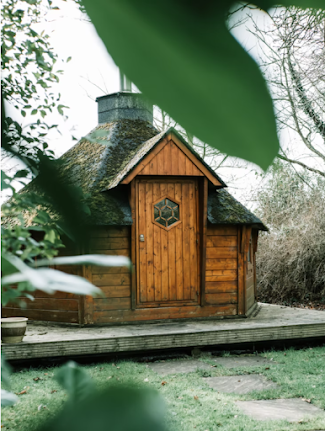 7 tips for cleaning your infrared sauna Your infrared sauna is a moist, hot environment that comes into contact with skin. It's important to clean regularly so you can avoid unpleasant odors and maintain the health of your Sauna room 10 simple ways to keep it fresh:  Cleaning before use- place all prepping materials on the table or floor near the front entrance (soap dish/paper towels). Leave these items out until needed; do not store any cleaning supplies in areas where they will accumulate sweat stains from other patrons’ hands! You may also want to include some liquid hand sanitizer at this time if preferred by those who will be using the machine after themselves during the session(s). We recommend keeping at least one bottle per person present because everyone Always use the brush when scrubbing with soap and water after each session in order for it be clean enough! You only need 30 seconds or so if you're using your Cedar sauna every day, but a more thorough cleaning sho
Read more

How To Care For Your Infrared Sauna 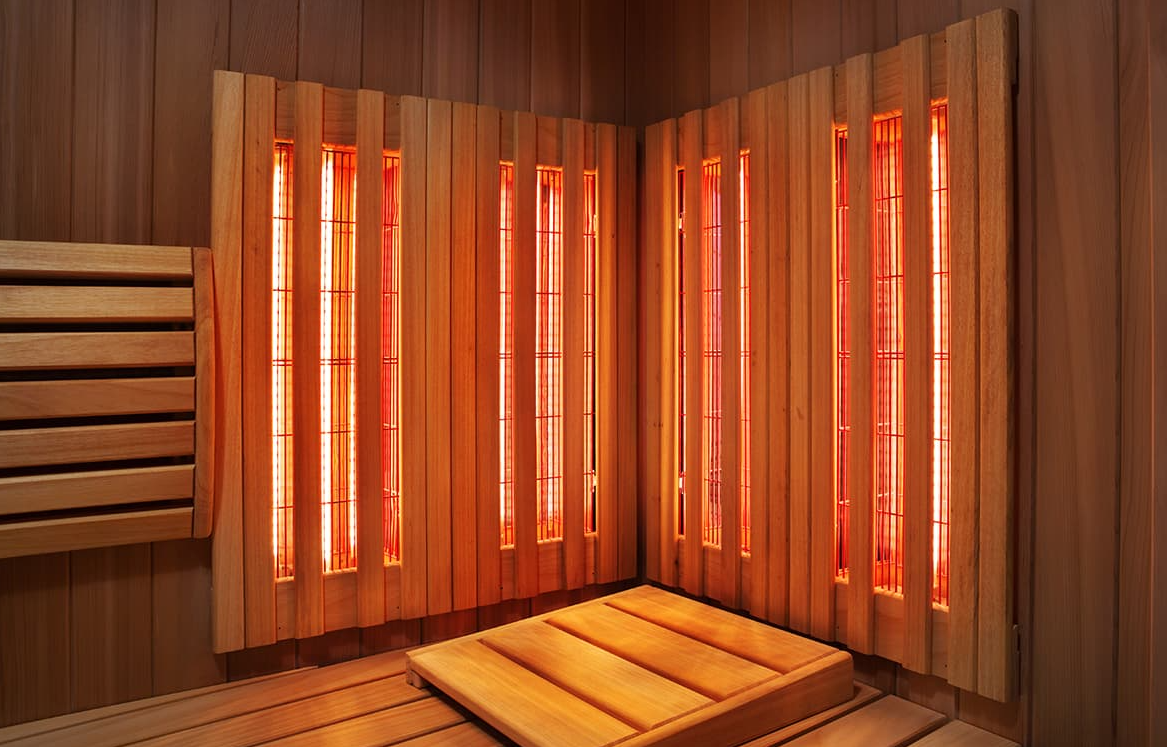 If not properly cared for, your   infrared sauna   can harbor a variety of bacteria, mold, and/or fungi in the floorboards or seats. By implementing an effective maintenance plan, you can keep your sauna sanitary. Basic care and cleaning for your Infrared Sauna 1. Do not paint or stain the wood of the sauna. Artificial finishes on the sauna can cause the wood surface to become much hotter than normal and allow fumes to escape from the wood treatment. Artificial treatments may also soften the wood and prevent proper ventilation. To remain effective, the wood of your  infrared sauna  needs to “breathe.” 2. While sweat is a natural byproduct of any great sauna experience, it can cause discoloration and staining on the surface of your infrared sauna due to a buildup of body oils, as well as the expulsion of toxins from your body during sauna use. One of the easiest ways to minimize staining is to lay a towel down on the bench and backrest, and a floor matt on the floorboards. This will cat
Read more

The round bathhouse and its features

Lovers of enjoying the steam more and more often give preference to round baths. However, it should be noted that this form is not new, as many nations have long accepted to make steam rooms in the form of barrels. In addition, the round bath can be made in the form of a dome. Below we will consider why such forms are attractive and what their features are. Barrel Sauna General information The form of a barrel has not only Finn sauna but also Japanese ofuro, in addition, often in the form of barrels made and Russian baths. But if the Finnish and Russian barrel baths are just an architectural form, the Japanese ofuro are large containers filled with warm water. These types of steam rooms differ not only by the principle of steam formation, but also by way of taking water procedures. If in the Russian and Finnish baths is traditional dousing or dipping in cool water, in the ofuro they are wiped with tissues. Of course, time dictates its requirements, so in today's baths, more often
Read more